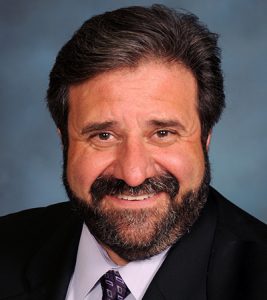 Hazzan Propis produces numerous faith-based recordings, including all 11 of The Spirit Series CDs for the Cantors Assembly and United Synagogue. He also is the founder, creative director, and managing partner of The 3 Jewish Tenors, a symphonic musical event. Hazzan Propis has himself recorded more than a dozen albums.

Among his many honors, Hazzan Propis is a past president of the Cantors Assembly, the largest body of cantors in the world, co-chaired both Poland and Germany Cantors Assembly missions, was named to the task force to restructure the cantorial school at JTS, received the Hiddur Mitzvah Award from Masorti Olami, the Hazzan Moses Silverman Service Award from the Cantors Assembly, received an honorary Doctorate from JTS, and was honored with his wife, Karen Siegel Propis, with ZOA’s Justice Louis D. Brandeis Award.

Hazzan David and Karen have two children, Dena and Sam.