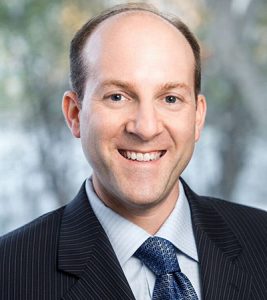 Rabbi Aaron Starr serves as spiritual leader of Congregation Shaarey Zedek, and has been part of the CSZ family since 2008. He is also a rabbinic fellow of the Shalom Hartman Institute’s Rabbinic Leadership Initiative.

A featured blogger on the Times of Israel and in opinion pieces for the Detroit Jewish News, Rabbi Starr is the author of Taste of Hebrew as well as Because I am Jewish, I get to…: A Child’s Celebration of Jewish Life. He is a past contributor to the Journal of Conservative Judaism and numerous online publications. He and Rebecca Starr host a podcast, Gratitude, Obligation, and Joy.

A graduate of the University of Michigan, Rabbi Starr is a sought-after speaker and educator, and has received numerous awards for youth work and for adult education. He seeks to utilize Jewish Law, Jewish ritual and Jewish ethics to bring meaning to people’s lives, to strengthen families and community, to stand with Israel, and to care for those who are in need.

Rabbi Starr and his wife, Rebecca, are the proud parents of two sons, Caleb and Ayal.